How to Reduce Urban Congestion by Tracking Cyclists’ Movements

Traffic jams are a huge problem for many large US cities. Mismanaged transit in Washington, D.C., Los Angeles, and New York City each year leads to billion-dollar losses, as well as hundreds of millions of hours in travel delays.

One major cause of traffic backups in New York City is double-parked cars, often due to a dearth of legal parking spaces. A study from 2008 found that private vehicles exceeded legal spaces by 30 percent in lower Manhattan — and it stands to reason that the problem has only gotten worse since then.

It’s an issue that Sidewalk Labs, a company dedicated to solving problems in the urban environment, wanted to explore. So the company challenged a team of Cornell Tech students to solve it.

“Our team was tasked with reducing congestion and improving safety by detecting where double parking occurs,” said Clement.

The group’s first idea involved creating a parking reservation system. This solution, however, was ultimately too expensive and complicated to implement.

Next, the group experimented with a pricing system: prime parking spots, at peak times, would be priced accordingly. When this, too, proved larger than the course’s semester-long scope, the team found itself back at the drawing board.

“Going back to square one can be overwhelming,” said Clement. “When we found ourselves stuck, [Cornell Tech Designer-in-Residence] Leland Rechis helped us reframe the question, and just talked things through so that we could keep moving forward.” 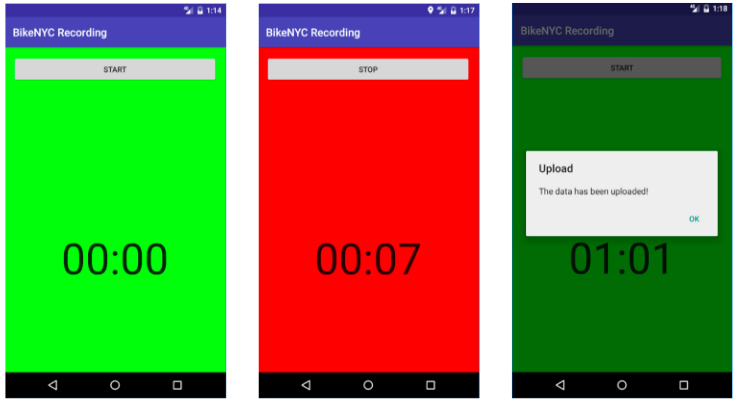 The app records a cyclist’s trip and uses the data of the movement and speed to make track traffic congestion.

After thinking about why their previous ideas didn’t pan out, they realized that lack of data around parking was central to the problem of improving congestion.

Eventually, the team decided to aggregate and map various traffic data points, and built a system to process this information. That meant equipping Citi Bikes with smart handlebars — handles with built-in sensors — accelerometers, and GPS to log riders’ movements. That way, if a rider’s trajectory showed them dodging car-sized obstacles where bike lane should’ve been, the team could infer that a car or truck was illegally parked there.

“The future vision was to have a bunch of Citi Bikes running around to collect this data so that you could pinpoint where there was a likelihood of a double-parked car,” said Pekar. “If a bunch of bikes go down a certain road and they make a certain pattern, there’s probably something in the way.” 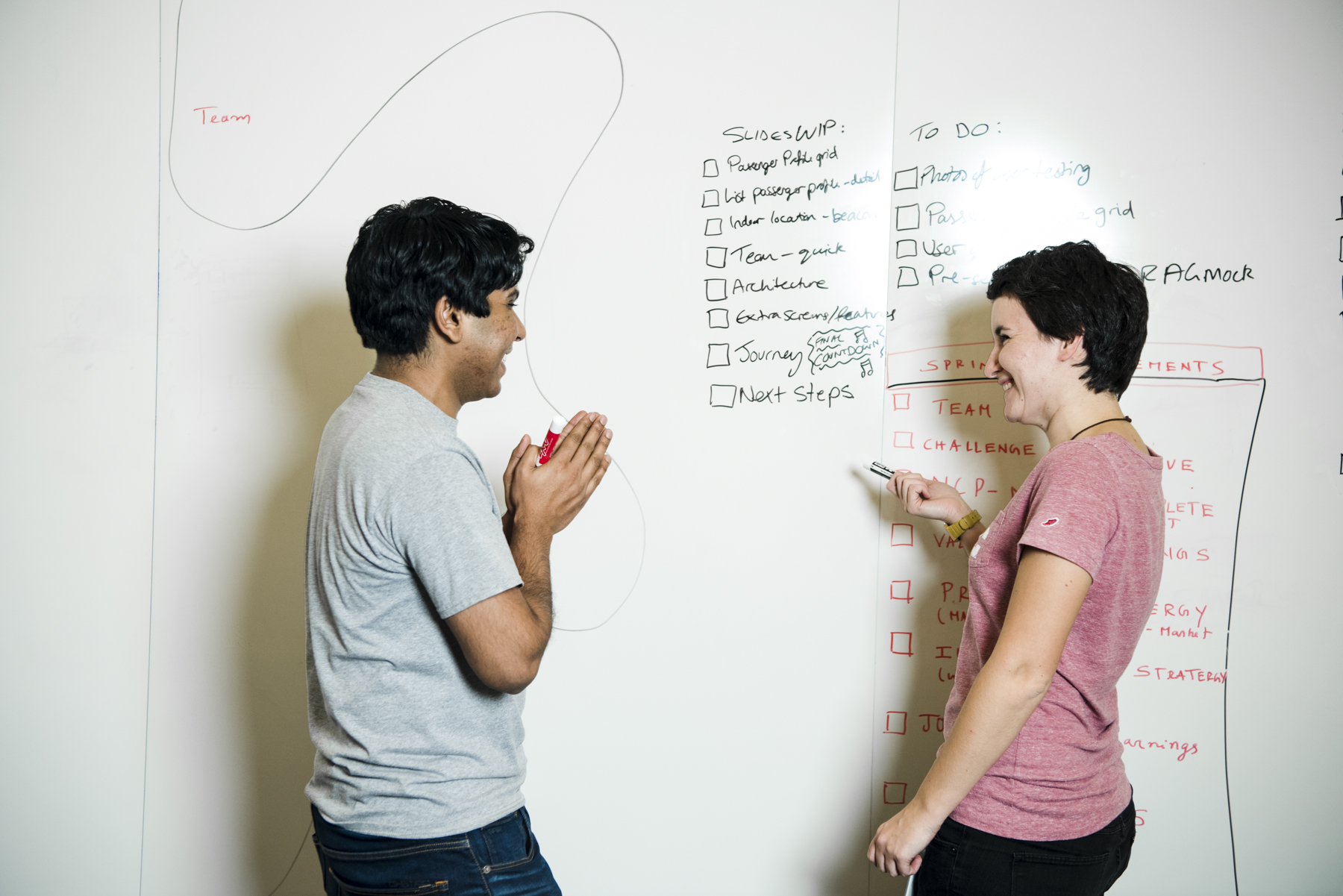 From Prototype to Product

Once the team began seeing the results of their prototype and charting the results, they started to build a machine learning algorithm to help with the process.

That led Wolfsdorf to contact Cornell computer science professor Serge Belongie. “I made an appointment with him during office hours [to figure out] the best approach to our machine learning problem,” said Wolfsdorf. “He pointed us in the right direction and told us about other projects with similar data-collection problems.” After looking through other sets of data, the team created an app for the sensor data they had collected and created a hypothetical heatmap based on what the city might look like to bikers using it when they ride.

The final step: taking the data they’d collected, along with their unique technology for Citi Bikes, the team presented their findings to Sidewalk Labs. They met with the Sidewalk Labs CTO Craig Nevill-Manning, former director of engineering at Google’s New York offices. 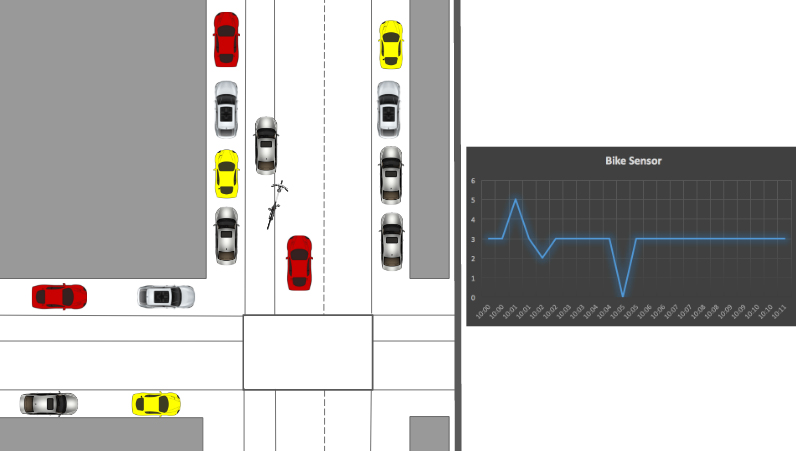 When a bike swerves to avoid a car-sized obstacle, the program infers that a car or truck is likely illegally parked there.

“We received good feedback from Craig and 12 [other] experts about the project,” recalled Clement. “Sidewalk Labs was excited by our results.”

Though the team completed the challenge during the fall semester, they’re now considering how it might be useful to other organizations or other projects in the near future. “We believe that this has potential — bicycle riding is becoming more and more popular and there are more bike-sharing programs in cities,” said Clement. “A lot of big companies, such as Waze or Uber, might want to know more about what’s on the streets.”