Roy Cohen is a self-described skeptic when it comes to the conversations that pundits are having about the future of artificial intelligence.

But that wariness hasn’t stopped Cohen, Technion-Cornell Dual Master’s Degrees in Connective Media ’18, from diving into the field, first as a technologist and filmmaker, now as a graduate student enrolled in the Connective Media program at Cornell Tech.

His feature-length documentary Machine of Human Dreams, released in 2016, was awarded Best Technology Film of the Year from Russia’s Polytechnic Museum, and is currently touring the festival circuit. Cohen’s first feature length film was selected to some of the most prestigious documentaries film festivals, and was picked up for distribution by the British agency Dogwoof.

For Cohen, making Machine of Human Dreams was a three-year odyssey around the world: from MIT robotics labs in Cambridge, Massachusetts, to investor meetings in Hong Kong. The film is a meditation on sentience, as well as an astonishing character portrait of the eccentric genius Ben Goertzel — a man obsessed with bridging the gap between human and machine intelligence. 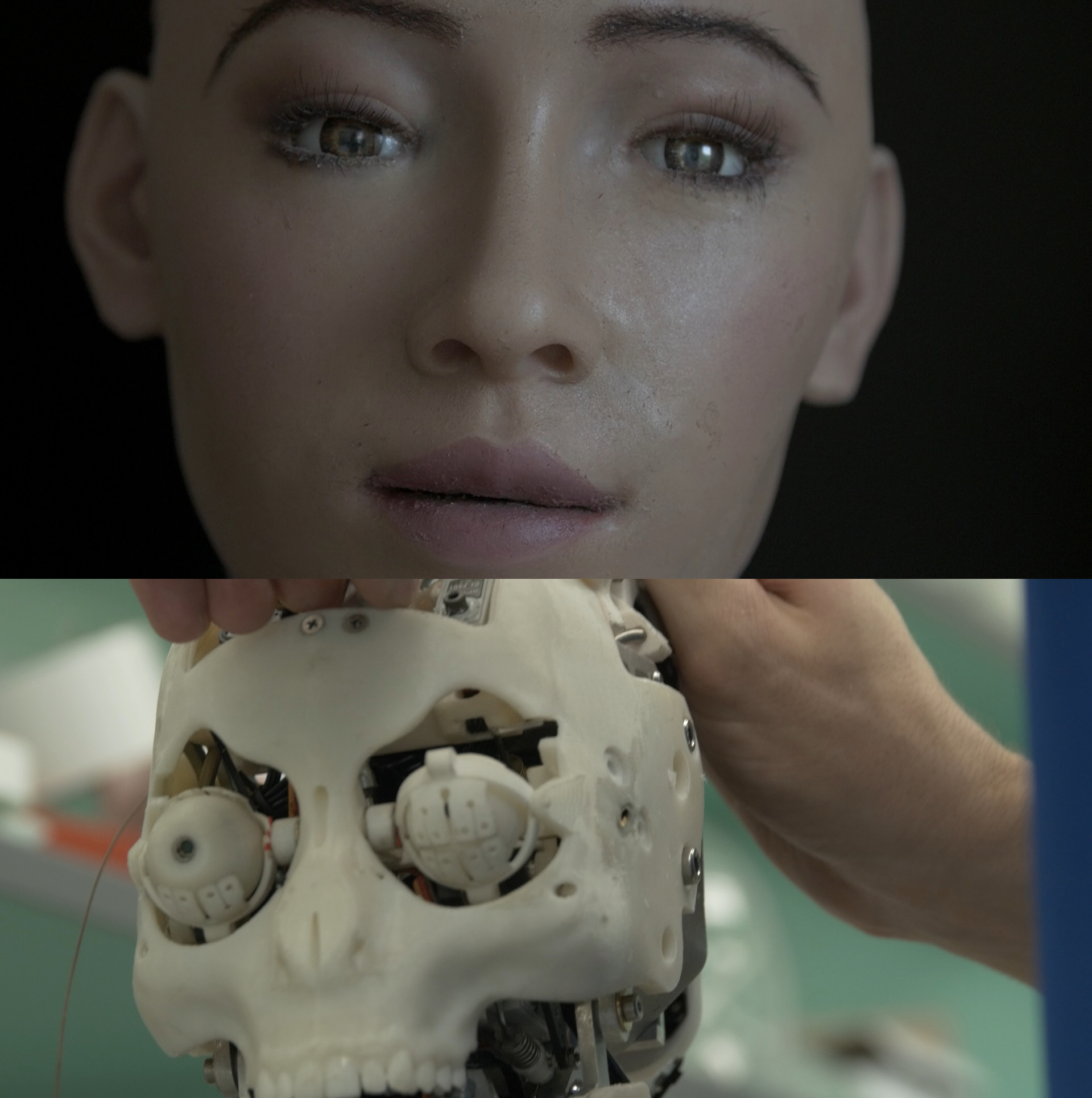 A look inside Sophia, an artificially intelligent robot being developed by Ben Goertzel

Despite the cutting-edge nature of Cohen’s subject and research, he insists he is less interested in the potential of emerging technology than the human passion that creates and drives that technology forward.

“I was fascinated by people who have that kind of caliber of intellect — in the way that Ben [Goertzel] does, in that specific way — and choose to use it to build machines that can transcend humans,” Cohen said. “That’s really what motivated me to dedicate three years of my life to this film: curiosity.”

Curiosity is also what led Cohen to Cornell Tech, where he is studying data analytics, machine learning and computer vision.

“When I came to Cornell Tech, I was looking into — let’s call them vernaculars,” said Cohen. “Learning about the machine learning aspect, and how entertainment is changing to adapt to what users like and what users want to watch. Learning about new horizons in storytelling.”

These new horizons, as Cohen calls them, entail a fundamental shift in the way media is digested. Consumers are more and more likely to be targeted by content (rather than actively seeking that content out); data is being used as the basis for creating content (perhaps changing the nature of that creative act); and the boundaries between art and brand (as well as consumer and creator) are increasingly blurred.

True to the interdisciplinary spirit of Cornell Tech, Cohen views his research into emerging technologies and analytic algorithms as tools to help him fulfill his unique creative vision, rather than paradigms which will define it.

A newcomer to coding, Cohen said going to grad school has opened up new paths for him. “It has given me tools and a new way of thinking. It has given me a new language. Eventually, I hope, I will find a way to translate this experience to new ways of storytelling.”

Biotia, a Runway Startup at the Jacobs Technion-Cornell Institute, is leveraging genomics …
Read the story about Runway Startup: Biotia

Nanit, a Runway Startup at the Jacobs Technion-Cornell Institute, created a baby monitor …
Read the story about Runway Startup: Nanit