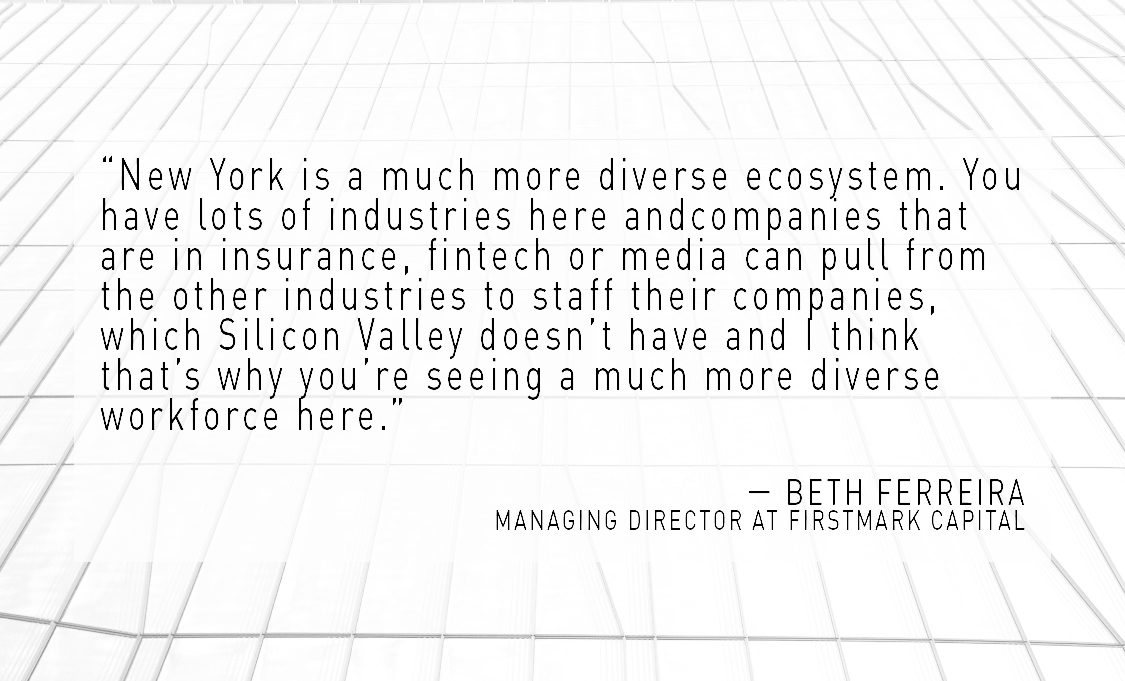 Being dependent on one platform —whether it’s Facebook or Google— could affect consumer brands (changes in their algorithms can sink a startup).

In the audience question portion of the panel, one woman asked the panel: In terms of your portfolios, what percentage of female entrepreneurs are working with a strategic differentiation in terms of machine learning models…and how does that affect valuations?

Wheeler compared the current discussion around machine learning to the talk in 2008-09 when everyone thought mobile was a vertical, when in reality it turned out to be something every company needed to pay attention to.

Go to 59:35 in the video for the panel’s full response to the question.

‘When #startup is #pitching I intentionally push back to see how they interact – do they get defensive or can we have an intelligent, constructive discussion. It’s not what you say, it’s how you say it’ #CTechBBG @TechAtBloomberg#WomenInTech pic.twitter.com/LRFWW5RBRg

Why Responsible Tech in Business is an Imperative