The Dilemma of Scaling Health Startups

If there’s one thing that casts a long shadow over all medical startups, it’s the dilemma of never knowing whether it’s time to scale-up or to pause and research.

This was the topic of Emmanuel Dumont’s recent talk at Cornell Tech. As the founder and CEO of Shade, a medical wearable startup, Dumont knows a thing or two about this quandary.

As part of the inaugural cohort of Runway Startup Postdocs at the Jacobs Technion-Cornell Institute, Dumont received both financial and mentoring support to create the device. Shade produces a UV radiation detection technology thirty times more accurate than anything on the market. The Oreo-sized tool is beautiful, matte, and worn on the body like a badge.

The device is a powerful tool for those with light-sensitive conditions like lupus for whom UV radiation can be deadly.

Shade works by tracking the amount of sunlight wearers receive and alerting them when they approach a daily limit. It also connects directly to an app which allows users to better manage their exposure, giving them a degree of freedom that many have never had before.

Inspiration for the product came from “the realization that sunscreen and guesswork doesn’t work [for these users],” Dumont said. While it can reduce exposure, it doesn’t help these patients whose biggest concern is knowing when they are approaching their daily exposure limit. Plagued by fear of over-exposure, many simply choose not to go outside.

Dumont realized that he was onto something when he showed his UV radiation detection technology to Dr. Alana Levine, a rheumatologist for New York Physicians Group who works with lupus patients, and she told him that it would be extremely useful to them.

While pursuing a large commercial opportunity, Shade has always put a special emphasis in having its technology validated by opinion leaders in dermatology. 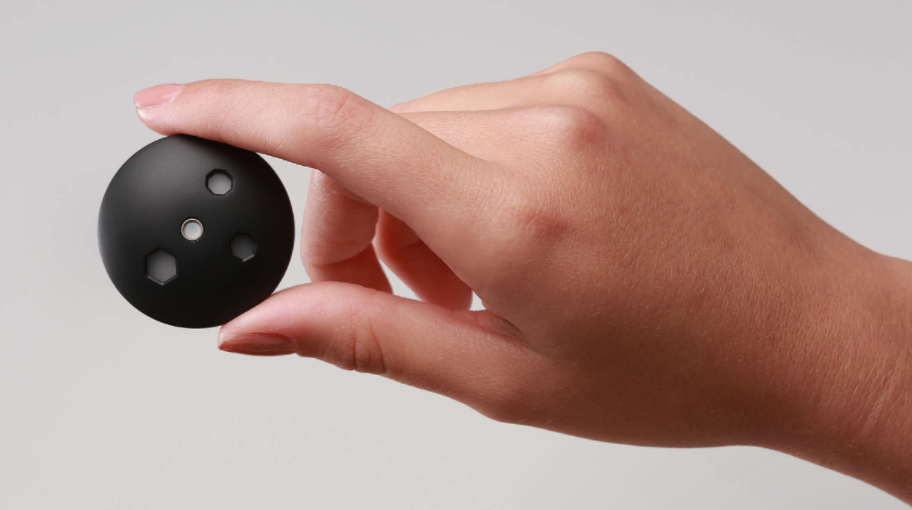 Not all entrepreneurs are willing to wait and the urge to scale quickly may lead them to release too early or to launch in the wrong market. As Dumont pointed out, investors and partners can create immense pressure for health entrepreneurs to move too fast and get hurt along the way.

“That’s the big problem with the traditional tech mindset in the medical world: they focus first on scale,” he said. “When you move fast and break things, it’s not a big deal in the consumer world: who cares if swiping right or left does not work perfectly? In the medical world, a faulty product can have devastating consequences: Think about pacemakers.”

Dumont, with both a Ph.D. in Biophysics from Columbia University and a background in investment banking, is uniquely positioned to see both sides: he understands the scientist’s need for proof and the business person’s desire to grow and turn a profit.

During his time at the Runway Startup Postdoc program, he received plenty of support in learning to walk this balance. Part research institution, part incubator, it served as a bridge between the business and medical worlds with professors who are also entrepreneurs. According to Fast Company, this environment helps by “teaching scientists and engineers to think like entrepreneurs,” and vice versa.

“The Jacobs Institute … showed a very entrepreneur-friendly attitude” Dumont said, and he credits it with helping him find that business-medicine balance and propelling him forward.

To test, or not to test

“Be patient, because there is no second chance from losing the trust of your potential customers in the medical world, as Theranos’ series of scandals has shown,” Dumont said. “Understand what clinical impact you want your product to have because it will drive the studies you will be required to do by FDA and which regulatory pathway your product will be subject to.”

“Recently, the growing interest of the tech community for healthcare has led to products that are either not addressing a problem or that are being marketed and sold to consumers without the (required) authorization of the FDA,” he warned.

He shared countless examples of these troublesome products: glucose meters that failed to find an audience in type 2 diabetes; blood pressure apps that provide dangerously inaccurate measurements; companies being investigated by regulators; fitness trackers whose clinical efficacy is shown to be non-existent, corroborating the dropout rate in their use after six months.

Dumont’s advice to health entrepreneurs is “because healthcare provides large commercial opportunities with high barriers to entry — surround yourself with people with white hair; talk to physicians and patients; and be honest and diligent about the claims you make.”

Even the Manhattan Institute Says Curb Your Car

Spacemate, a Runway Startup at the Jacobs Technion-Cornell Institute, is a data-driven …
Read the story about Runway Q&A: Spacemate