Fast and out of control? Conference examines the role of speed in tech

Computers make decisions 1,000 times faster than humans’ most automatic, instinctual reactions. So as algorithms exert more and more control over our daily lives, how can humans maintain oversight of machines that deliberate at a pace we can barely comprehend?

This is among the core issues being explored at the Sept. 28-29 Speed Conference, hosted by Cornell Tech’s Digital Life Initiative (DLI), a cross-disciplinary and cross-campus program aimed at uniting students and scholars to analyze technology’s impact on society. Faculty from Cornell’s Ithaca and New York City campuses, as well as Stanford University, Columbia University, Northeastern University and other schools, will speak on panels examining the role of technology and speed in areas like content moderation, finance, warfare and policing, and labor and manufacturing.

“There’s a very strong sense that, in all the important ways of applying technology, everything’s going to be fine as long as we can insert a human in the loop,” said Helen Nissenbaum, Cornell Tech professor of information science, director of DLI and co-chair of the Speed Conference. “What we are worried about is that because humans and machines think and process at such enormously different speeds, this particular protection that we think we can build in is actually infeasible. And that raises all sorts of societal questions, ethical questions, legal questions and probably technical questions, too.”

“There’s a real mismatch between how fast computers operate and how fast people react,” Grimmelmann said. “We want to come collaboratively across fields to understand the place for humans to respond to this new challenge.” 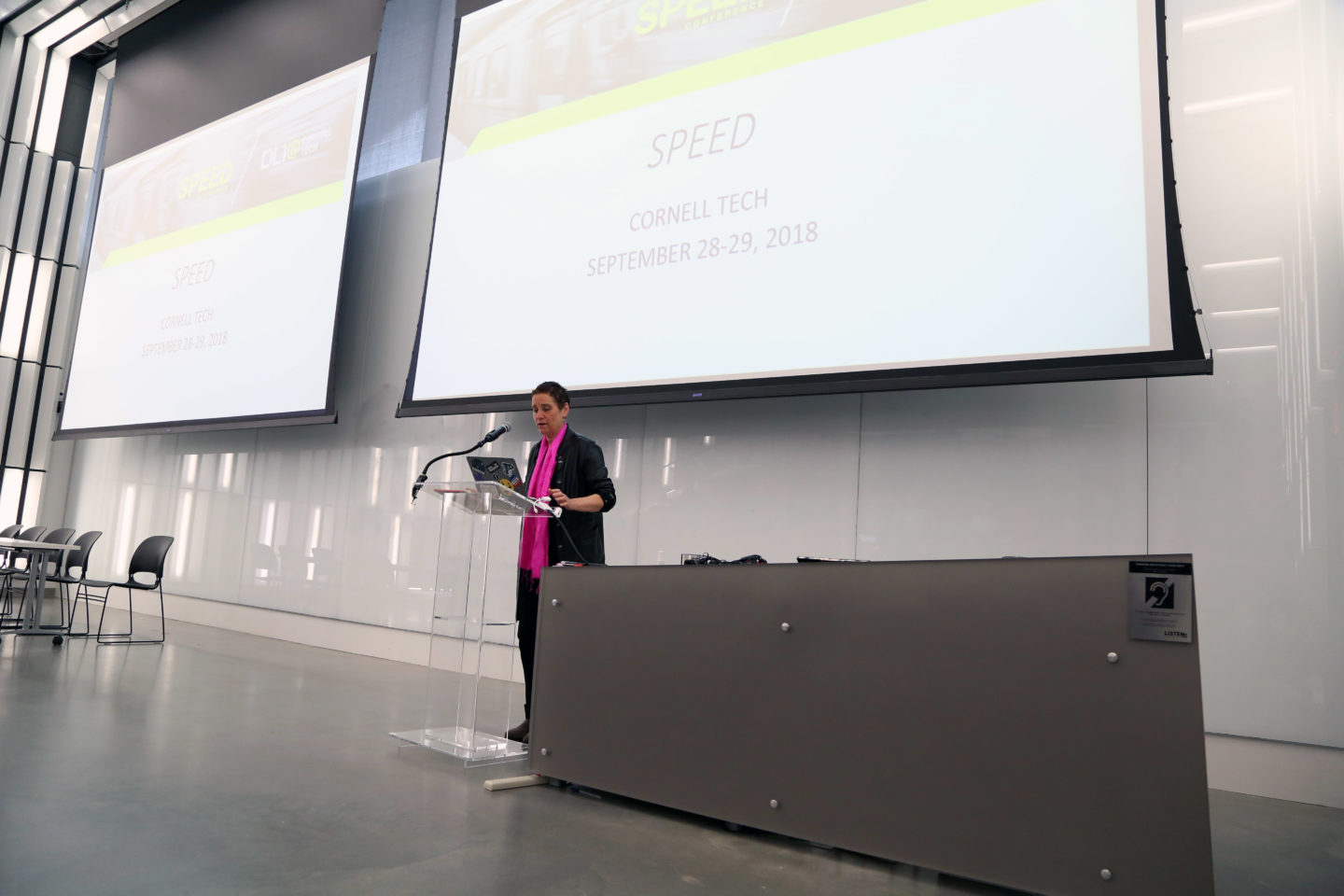 The Speed Conference is one of the first major events from DLI, which launched in 2017. The initiative also holds a weekly seminar series at Cornell Tech, open to the public, focusing on the development and application of digital technology. A DLI doctoral fellowship began this semester, drawing students from across Cornell’s campuses. As the effort continues ramping up, Nissenbaum said she hopes DLI can support cross-disciplinary research projects on related topics, as well as additional classes.

“Our goal is not necessarily to question the activity of technological development – we’re not opposed to that – it’s more to raise awareness that tech can be developed in many different directions, and it can take many different shapes,” she said. “I think many people just accept technology and think it’s God-given, but they may not be aware that choices are made all along the way to shape the technology from the very beginning. Especially with students, I want them to be aware that every step of the way, from the beginning, you can integrate ethical and societal thinking.”

The Speed Conference is supported by Microsoft.

Read the story about Protecting Privacy – and Safety – in Encrypted Messaging