Robots aren’t the stuff of science fiction any more — they’re vacuuming homes and helping people take aerial selfies. But they’d be a whole lot more useful if they were just a little bit smarter.

This realization led Wilson Pulling, Yang Hu, Kuowei Tseng, and Inna Kim — all Masters in Computer Science ’16 — to develop Aatonomy (formerly known as RoboTC), a plug-and-play solution that can give instant autonomous capabilities to any kind of robot, from Roombas to drones.

“We have seen a trend of the market moving toward autonomy and they really need the talent to build these extraordinary functionalities,” Yang said.

The team found that most robotics companies today are focusing on hardware: getting their machines to operate efficiently, or dealing with issues related to power, propulsion and mechanics.

Pulling explained that while talking with friends at Boston Dynamics or Princeton University, “the consistent thing we found was that [intelligent programming] was the really hard part of what they were trying to accomplish [and] holding us back from having robots in every home, in every workplace.” 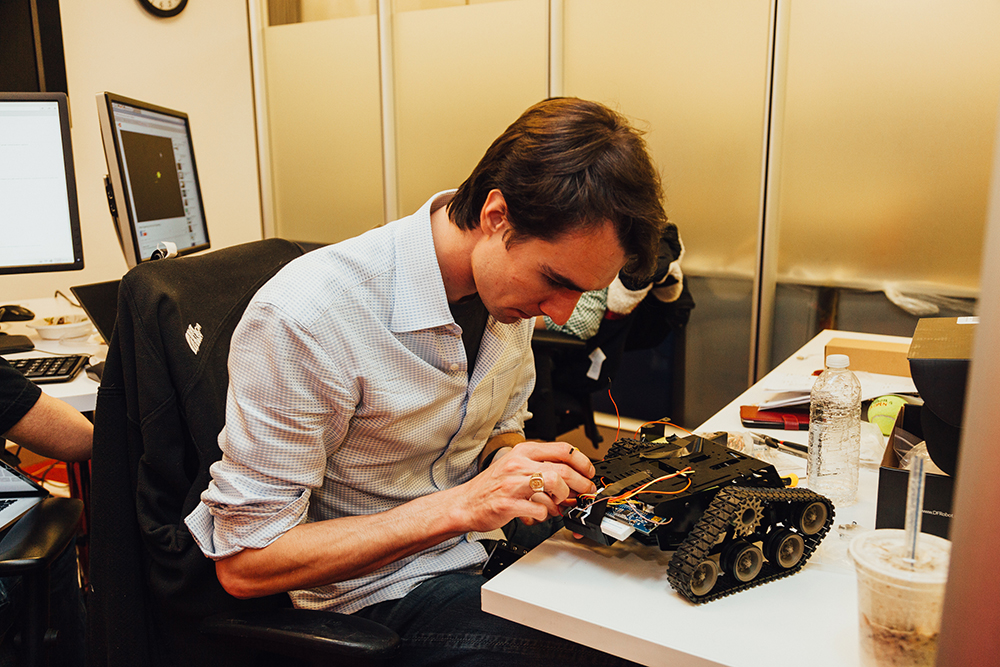 In other words, even though modern robots can walk on two legs or four, roll, fly and handle the physical world in an ever-more impressive fashion, robot intelligence remains a stumbling block. Having access to a ready-made robot “brain” with a menu of intelligent programs can help companies ditch expensive and time-consuming software development.

Pulling had the seed of an idea for a robot-intelligence solution before arriving on campus, but finding capable teammates and turning that idea into a startup was critically reinforced and nurtured by Cornell Tech.

“Cornell Tech taught us how to test ideas quickly, with a focus on getting feedback from actual users as soon as possible, and it taught us how to incorporate that feedback into the product development cycle,” he said. “It also helped us evaluate the idea from every perspective, both on the business side and the technical side.”

“Cornell Tech encourages you not to be satisfied with the first iteration of any idea — as a result, we left school with drastically more ambition and potential than we came in with.”

Aatonomy, in its current iteration, is a Raspberry Pi 3 that runs a custom distribution of Linux and the company’s custom software. This connects wirelessly to any robot (over WiFi or Bluetooth) and gives the user access to pre-programmed intelligent capabilities ranging from object recognition to voice control. 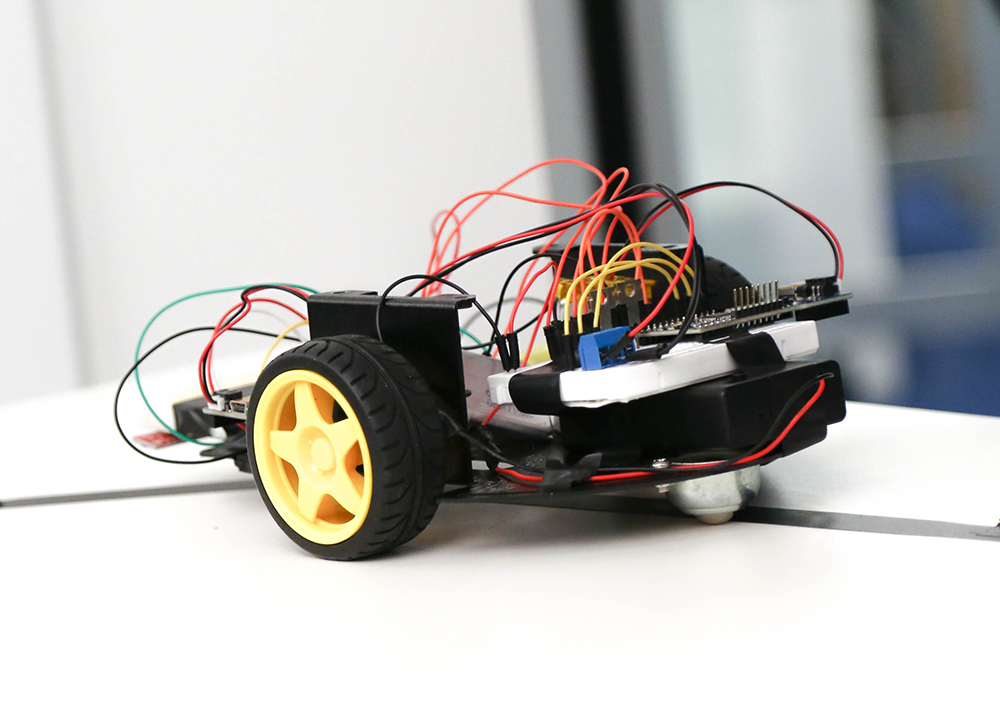 “Let’s say you have a Parrot drone and you want it to follow you around and record a video,” Pulling explained. “Right now, it just can’t do that — it doesn’t have any autonomous capabilities, you have to remote control everything it does.”

But with Aatonomy, you can get that same drone to follow you around and record video — all at the tap of a button. “Now a $60 drone can have functionality previously limited to drones in the $900 – $1,500 price range.”

Pulling and Yang spotted a niche in the growing robotics market and, with the help of Startup Studio (and one of Cornell Tech’s Startup Awards), they were able to turn their idea into a marketable product.

“Startup Studio is completely unique in the academic world. Our teachers were not academics — they were universally respected tech leaders who happened to be excellent teachers,” said Pulling. “We were treated like entrepreneurs trying to build a business.”

Aatonomy is not available yet, but the founders aim to have a version ready in by the end of 2016. You can find out more at http://www.aatonomy.com/

Read the story about Start Smart with Smartphone Privacy and Safety