In 2010, when then Mayor Mike Bloomberg put out the call to universities to propose a model for a new tech grad school to be constructed in New York City, Cornell University envisioned a grad school with first-class research, but one where real world application was a priority. And it turned out the the Technion – Israel Institute of Technology, the school at the academic epicenter of the “Startup Nation”, shared the same vision. The partnership is now history.

This month, a group of Connective Media, Health Tech, MEng and MBA students are visiting Israel to tour the country’s high-tech and cultural hubs for what has become an annual tour. During the hands-on trip, students collaborate in the lab with their Technion peers and with companies they have worked with in the previous semester as “consultants” from afar.

In a recent campus visit, Ido Aharoni, the Consul General of Israel in New York gave the students a preview of what to expect, outlining four elements of Israeli culture he believes encourages the commercialization of deep technology in Israel.

Diversity
“After all, 85% of startups fail,” reminded Aharoni. “The nickname ‘Startup Nation’ doesn’t tell the history of the brand.”

“Israel was founded on a dream. But everyone had a different dream. For the kibbutzim it was socialism—for the ultra-orthodox it was to recreate the European shtetl.”

Aharoni suggested the diversity of ethnicity and language in Israel is partly responsible for the country’s entrepreneurial spirit. “Israel is a melting pot. There are 120 ethnicities and 80 languages that are regularly spoken. This creates friction and tension,” he says. “And, believe it or not without tension, there is no creativity.”

Triumph Over Adversity
Another element of Israeli culture that has helped the “Startup Nation” grow is their tendency to be argumentative, Aharoni asserted. “It may be unpleasant to have conversation with us sometimes, but that DNA is why we have, per capita, more startup companies and patents, more scientific papers, and are investing in more R&D than anywhere in world,” he said.

It is this embrace of conflict and the ability to not only transcend adversity, but triumph over it that the students should look out for. He noted that in Israel 70% of the land is arid desert. Drought used to mean natural disaster, but today the country is a world leader in water management recycling and desalinization.

Access to energy sources has long been a challenge for Israelis, but they are now at the forefront of innovation in alternative energy, Aharoni explained, pointing to Phinergy, a company that has developed a car fueled by air and water. A startup anchored in deep tech, Phinergy has many Technion grads on its team. 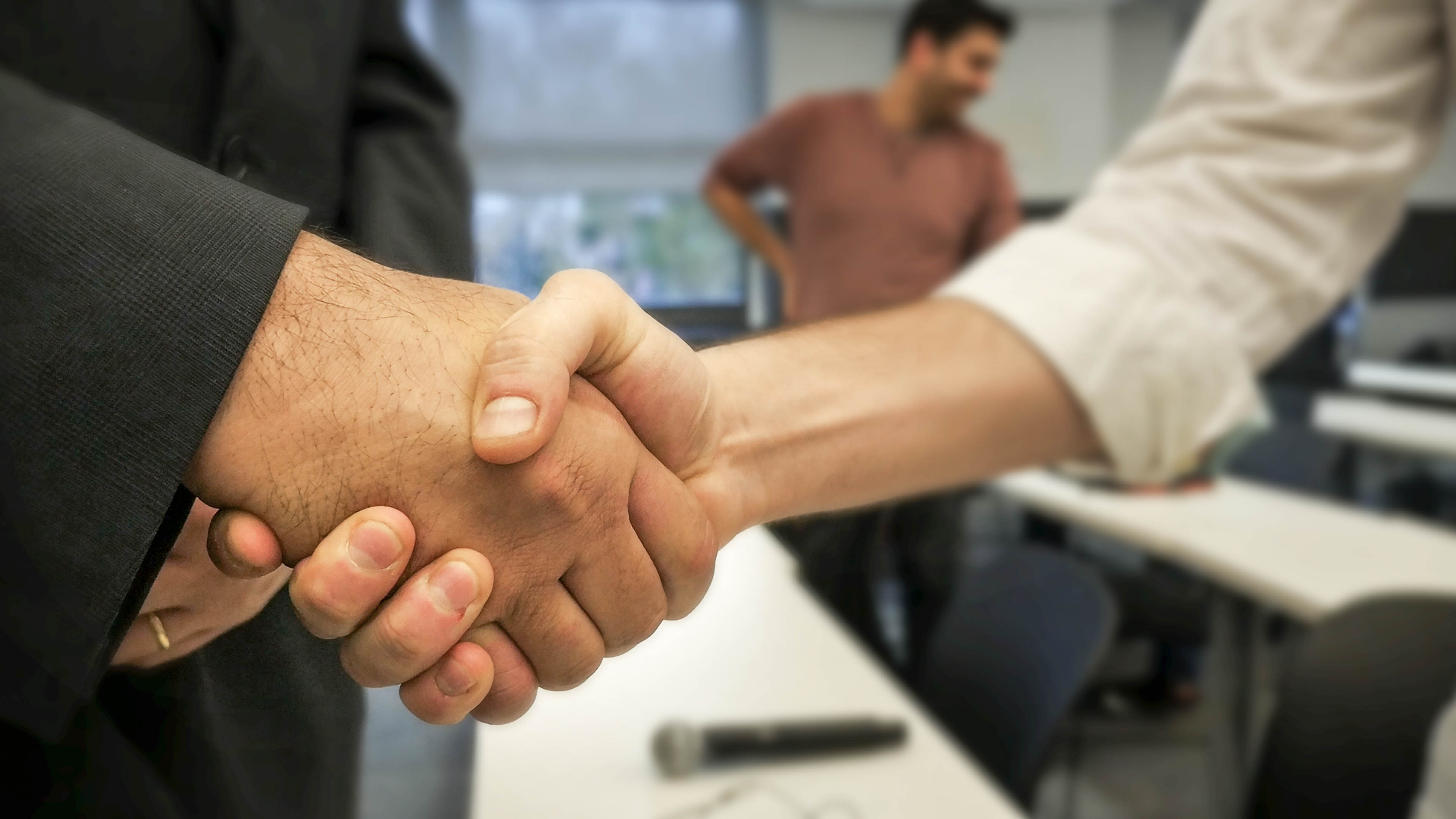 Permission to Challenge
In Israel every citizen serves time in the military. MBA student and army veteran Ian Folau asked Aharoni how conscription affects industry. “My understanding is that—in contrast to the American military—the hierarchy is more flat. Is that reflected in the workplace as well?” Falou asked.

“In the military there is a loose structure but a tight social network. It is one big family. There is a ‘can do’ attitude. Whether you are a Colonel or Major—the team goes with whomever is best equipped to solve the problem. And Israeli high tech takes this same approach.”

“The permission to challenge authority—is something that is very Jewish. Think of the Biblical story of God asking Abraham to kill his son Isaac,” he said, referencing the story about going against divine command.

“We always give permission to ask questions. When I was growing up, after a lesson in school we were taught to ask our teachers, ‘So what?,’” said Aharoni. “In Israel good teachers encourage that spirit.”

No Limits to Creativity
“Israeli creativity goes well beyond scientific innovation,” said Aharoni, telling the story of an Israeli theater group comprised of a cast of 15 deaf and blind men and women. In one of their performances, the ensemble, Nalagaat, prepare and cook a meal together.

“I watched them perform making, and then consuming, a meal once. They broke bread on stage, gracefully passing food and drink without spilling a drop,” says Aharoni. “They interacted on cue.”

“How did they do this? They have their own language, a language of touching each other,” Aharoni explained.

“Why am I telling this story? This group of people with disabilities refused to accept their limitations. This is the story of the habitual refusal of Israelis to accept limitations.”